I'm going to split this up and talk about the build and then flights. 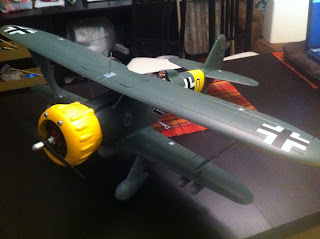 Building was pretty much straight foreward. I have now decided that I'll be using Welder's Glue on all EPO planes. Just throw away the stuff that comes with the ARF.

The plane itself goes together rather nicely. However, as with every single 1400mm FMS plane I've owned (4) the wiring resembles a rat's nest and can be a little daunting. Due to the way the wires run to the ailerons and flap servos, you need to run a few long servo runs. Here are my building suggestions:

The plane comes with grey stickers to cover the servo wire channels on the bottom of the plane. I've left mine off because I've had to remove the wing a few times to make adjustments. Also, don't be afraid to remove some foam from the battery compartment if you want to use a 3S 2200. 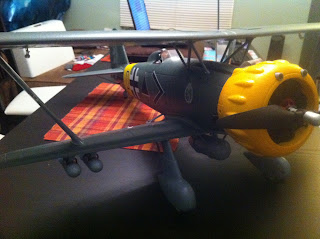 This plane flies like a prop-driven biplane. It's as simple as that. The landing gears being rather close together means that the plane will tip over on a wing if you do a doughnut. Be prepared for some runway tattoos. Many pilots have bought or made some plastic guards to go on the bottom wingtips to help prevent any damage to the EPO foam. Landings are easy especially with the flaps, however, once it's rolling, the ground handling is not very good at all. Each one of my landings were near perfect, and once it starts rolling, it gets out of control and either turns one way and skids to a stop or goes right into a ground loop.

Lead turns with the rudder! I've found that to make GREAT looking scale turns, lead with the rudder, and most of the time you don't even need to add aileron....in fact, you'll more then likely to hold in opposite aileron (as expected)

Not a ton of power with this one. (as is par for the course with stock FMS planes) However, it does great flying scale and there is no doubt that this plane LOOKS AMAZING in the air and will defiantly turn heads at the field.

I'm happy with the plane and I'll be keeping it. I don't think it will handle wind very well as 7-10 mph winds were blowing her around quite a bit, so she's defiantly a great candidate for Dawn Patrol. 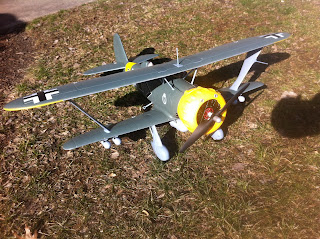 Here's part 2 of the pictures. See my next HS-123 post for final pictures and my conclusion after getting about 4 flights on this plane. 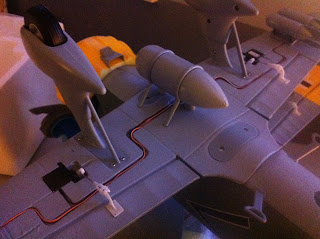 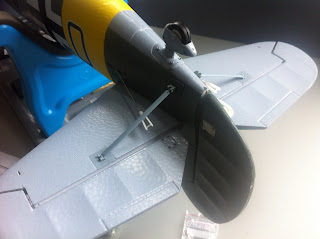 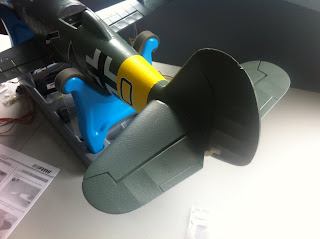 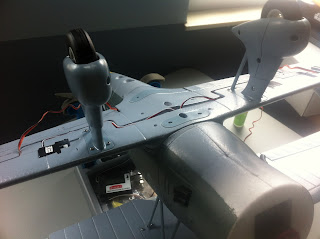 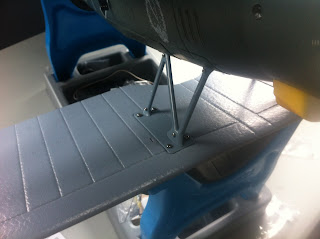 Posted by djmoose at 3:25 PM No comments:

Hey everyone! I just wanted to post the pictures I took while building the FMS HS-123 purchased from www.pw-rc.com.
Here is all the hardware that comes with the ARF. Some items are labeled, however myself along with other HS-123 owners have found that the carbanes were labeled backwards. 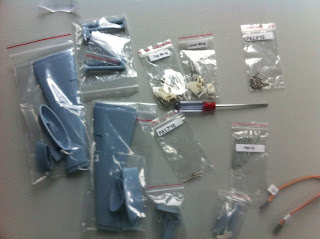 Next is a series of pictures on how the plane comes together. If you have the plane, you should be able to follow along with my pictures along with the included manual for guidance when building the ARF. 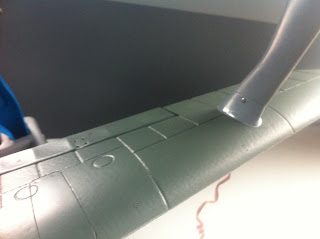 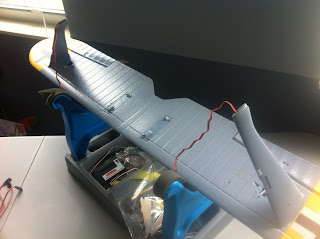 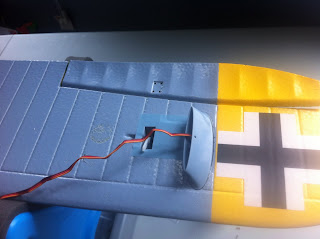 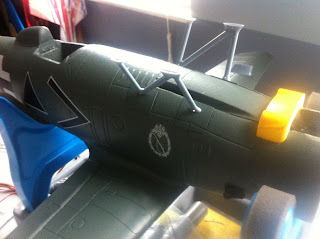 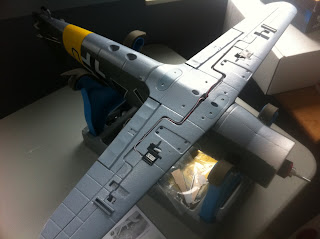 Posted by djmoose at 3:11 PM No comments: